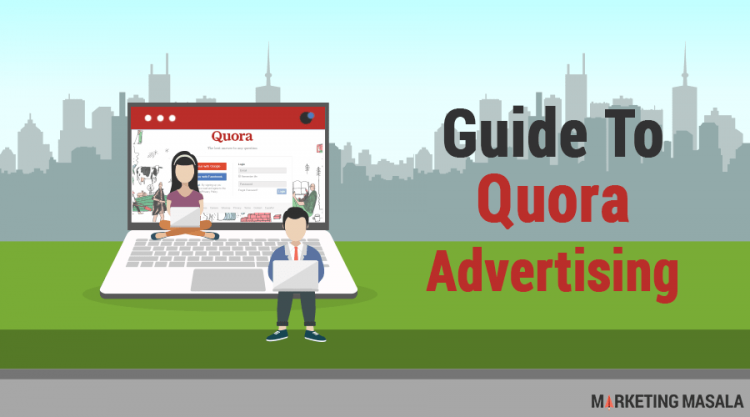 In April 2016, Quora softly told the world about it’s beta advertising program. They didn’t put up an official launch or a landing page, rather they just put up a post on their blog

Organic Quora marketing has been one of the best underdogs for a lot of smart marketers. Answering industry specific questions have helped a lot of people gain authority and build an influence for their business. At Marketing Masala, we’ve gained some healthy traction from Quora marketing as well. Here’s how my Quora profile scored :

So when Quora talked about it’s advertising platform, we were super excited to try it out!

One of our clients was interested too. So we tied up and did a test run with Quora beta ads.

In this post, we decided to walk you through the exact process of

#1 Getting Approved For Quora Ads

Since Quora is still testing it’s ads platform in the beta phase, they only allow a select number of advertisers to join their platform.

To get started, you need to shoot a mail to advertising@quora.com expressing your interest.

You’d need to talk a little bit about your product and then fill a form which they provide you with.

Once approved, you’d also receive a 3 page document explaining you their advertising program.

Quora’s interface is one of the most simple ads platform I have ever come across.

If you’ve done digital advertising in the past, it won’t be difficult for you to setup Quora ads.

Our client was an app store optimisation tool named App Radar. So for us, the target audience was people who

Quora allows you target people based on topics.

And it makes a lot of sense. People reading Quora answers to a specific topic are more likely to click through for a related ad.

Here is how editing an ad set looks like in Quora :

Setting up an ad is also pretty easy in Quora. We drafted a bunch of copies in no time.

Like any other marketing firm, we were interested in knowing the numbers from Quora Ads Manager and Google Analytics.

Here is what Quora gave us.

A super low cost per click in western countries!

That was pretty impressive of Quora. The CTR’s aren’t that great. But we didn’t worry too much about that.

As we were just showing people ads on topics (similar to running ads for impressions), the CTR was justified for a new campaign.

But when we switched to Google Analytics, Quora ads didn’t send us quality traffic!

That was certainly not great for our experiment.

We let the ads run for some more time and here are the final numbers we received out of the campaign:

Summing up, our experiment did not work out well !

# 4 What Should You Expect Out of Quora Ads?

While Quora didn’t work great for us, I wouldn’t call that as a universal truth.

There are companies I know which have been driving signups at 10 cents via Quora Ads.

According to one of Quora’s case study, it has helped companies achieve a much higher conversion % than traditional channels.

So it’s hard to say if Quora ads would work out for everyone. I guess time will tell better.

We’d be updating this post further as we learn more about Quora ads in the future. Until then, we’d say that

Have you tried Quora ads or marketing yet? Let us know in the comments.